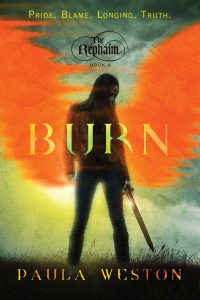 Almost too pretty to burn.