In March, Sarah Kelly – a lovely Canadian actress and screenwriter – bought the rights to adapt Shadows into a film. Sarah is from Algonquins of Pikwakanagan in Golden Lake, Ontario.

Shadows gets a new look for Turkish edition

Shadows is about to make its debut in Turkey in a Turkish translation published by Yabanci Yayinlari (I’m in good company – among its excellent list of authors is fellow Aussie Jessica Shirvington).

Here’s the cover (which makes me grin every time I look at it):

Shadows (aka Golgeler) is out in Turkey 16 January 2015. (And yes, I get a buzz seeing it in a language other than English!)

Would you like to be part of the blog tour for Shadows (Rephaim #1) in North America? Tundra Books is offering a range of ways to be involved (review, interview, guest post).

You can find out more here.

Have you heard the one about the half-angel at the library?

Here are some fab photos from our Haze promotion outside the State Library of Victoria today, where ‘Rafa’ was handing out copies of Shadows.

Huge thanks to Rachel and Shalini at Text Publishing for this fun promo. And to Harry, our ‘Rafa’ for being such a good sport – and bringing smiles to a few faces. 🙂

Oh, and did you know Haze is out tomorrow!!!! (Note rare use of exclamation points.) 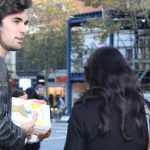 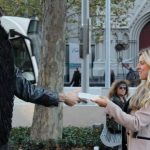 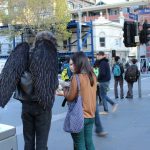 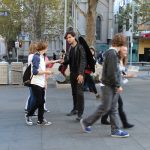 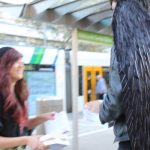 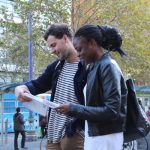 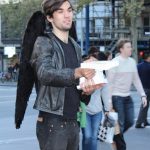 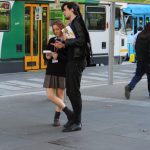 Inspiration for the settings in Shadows

I’ve loved that so many reviewers have enjoyed the Australian settings in Shadows, so I thought I’d share some of the locations that inspired them.

First up, the track where Gaby is running in the opening chapter. When I wrote this scene, I was picturing one of my favourite places in south-east Queensland, a rainforest track on Mount Tamborine (not far from where I live) in the Joalah section of the Tamborine National Park.

The fictitious Pandanus Beach of course features a beach (this shot is from North Stradbroke Island, also not far from me):

(I think the next shot is at Burleigh Heads on the Gold Coast – I didn’t record the website where I found it…apologies to the photographer. The rest of the shots here are mine, except where noted below)

I picture Pandanus Beach as a bit of a Noosa/Byron Bay/Port Douglas hybrid. This image (from www.businesseventscairns.org.au) captures the feel of the town nicely. Just picture a beach right across the road.

Here’s a poinciana (a tree that features on the esplanade in Pandanus Beach):

And a Moreton Bay fig tree, which also gets a mention in the opening chapter (I love these trees):

The falls, where Tommo’s farewell is held (these images are also from Tamborine National Park):

And finally, this is the sort of cabin I pictured when I wrote the scene at The Retreat on the mountain (imagine rainforest around it):