The bulk of the information and images below were originally compiled as part of North American blogging tour stops at The Midnight Garden for Shadows and Haze.

The Rephaim series isn’t the first to feature supernatural beings in Australia, but the idea of angels, half-angels, hellions and demons hanging out in an Australian coastal town is still rare enough that readers have frequently commented on it – even in Australia. So here’s an overview of some of the places that inspired locations in the four books.

Much of the story is set in and around the fictitious town of Pandanus Beach. It’s an amalgam of a few places along the Queensland and New South Wales coastline. I wanted it to be a naturally beautiful place of surf beaches and rainforest, caught somewhere between the fishing village it once was and the tourist haven it’s becoming.

One of the places that influenced Pan Beach is Port Douglas in Far North Queensland: 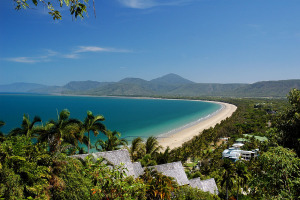 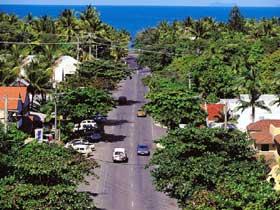 And a little bit of Noosa Heads: 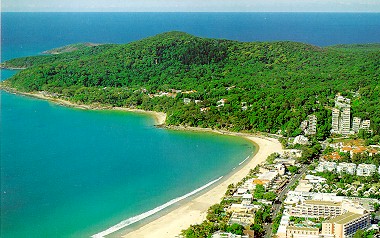 I wanted Pan Beach to be the sort of place where tourists and backpackers come and go, making it easy for someone like Gaby to move there without it raising too many eyebrows (as might be the case in a town with a more static population). The Rephaim themselves are well-travelled, so – even without her memories – it made sense for Gaby to be drawn somewhere where she would be surrounded by people from other places as well.

The town’s name is inspired by the pandanus palm, a type of tree I’d never seen before moving to Queensland from South Australia many years ago. These palm trees fascinate me, and I particularly associate them with North Stradbroke Island, just off the coast from Brisbane, where I live now. 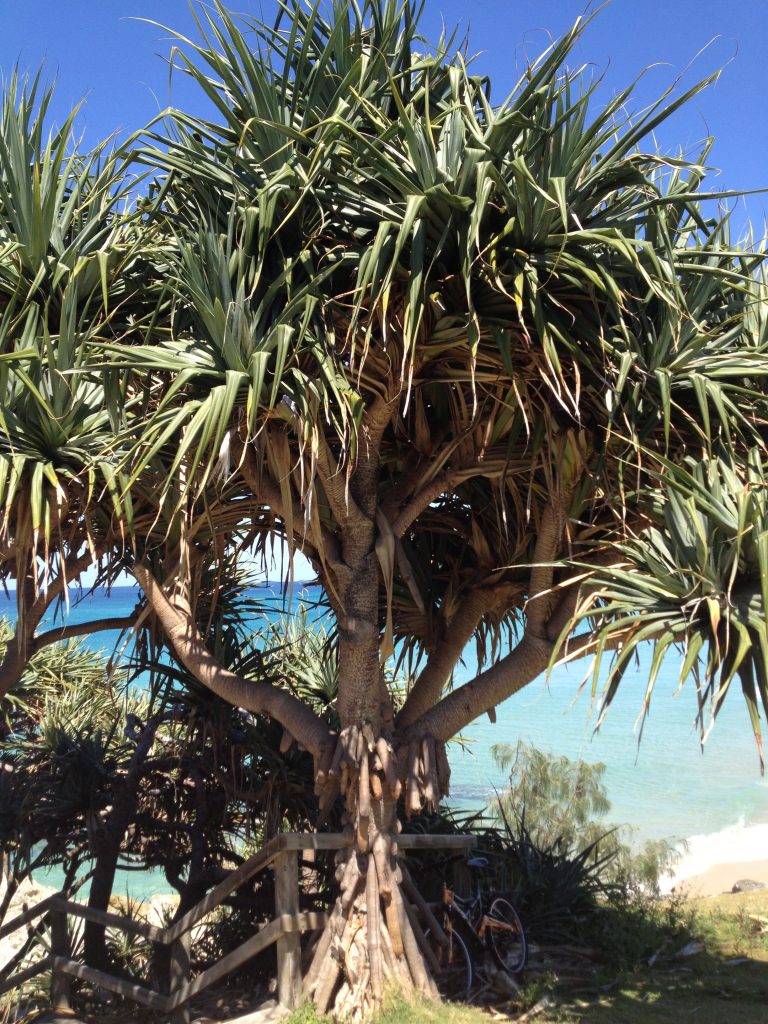 I didn’t just want Pan Beach to have a great beach and surf culture, I also wanted it to be surrounded by dense rainforest (shadowy and atmospheric). So the town is nestled against a mountain range that has euclalypt forest (iconic Australian gum trees) and rainforest that grows right to the edge of the town. The images below are of Mount Tamborine – again, not far from where I live. When I’m writing any scenes in the rainforest, I picture these lush areas. 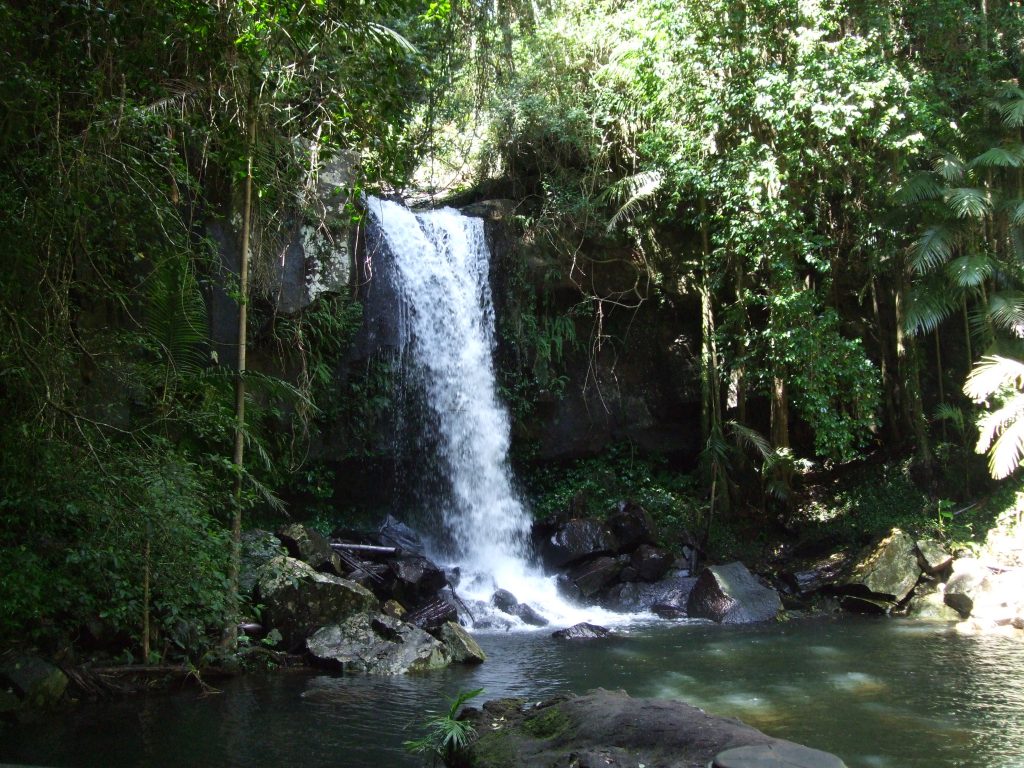 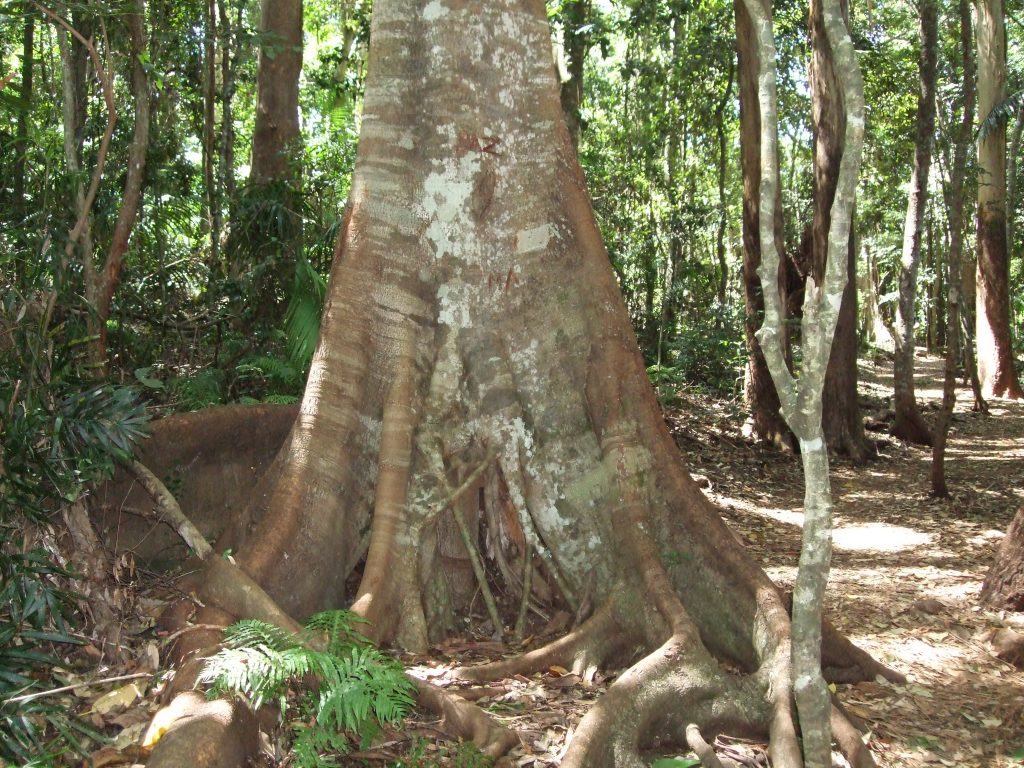 Above is a Moreton Bay Fig, which gets a mention in the first chapter of Shadows and is a feature of tropical rain forests in South East Queensland. (I love the freaky root system above the ground – almost other-wordly).

And here’s a banyan tree, like the kind at the campsite towards the end of Haze: 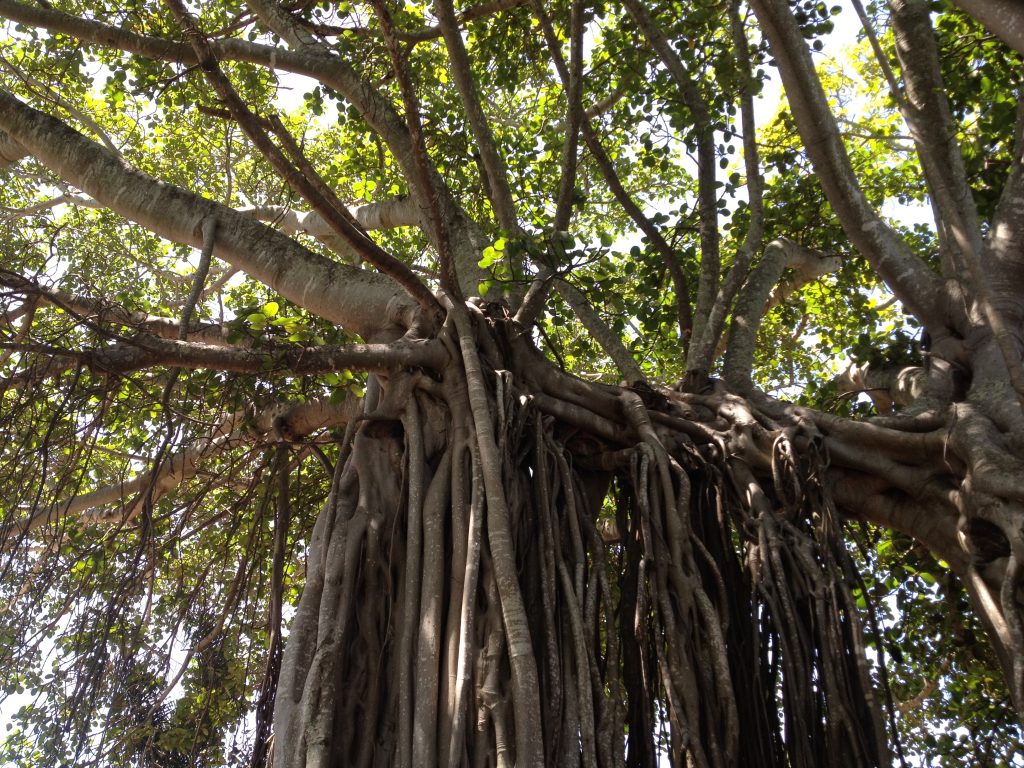 Rick’s Bar features in almost every book. The Central Hotel in Port Douglas is kind of how I picture Rick’s.

The Rephaim series features some of my other favourite places in Australia, such as…

Melbourne has amazing laneways tucked around the city centre, packed with restaurants, cafes, bars and exclusive boutiques. This photo shows the kind of laneway Gaby and Maggie visit in Haze. 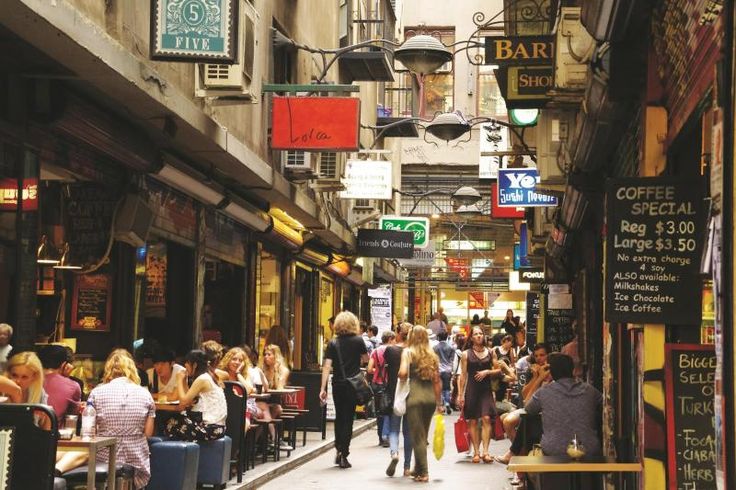 I love Tasmania, especially Hobart, which is famous for its docks on the Derwent River. In Haze, something fairly important happens at Constitution Dock, pictured here. 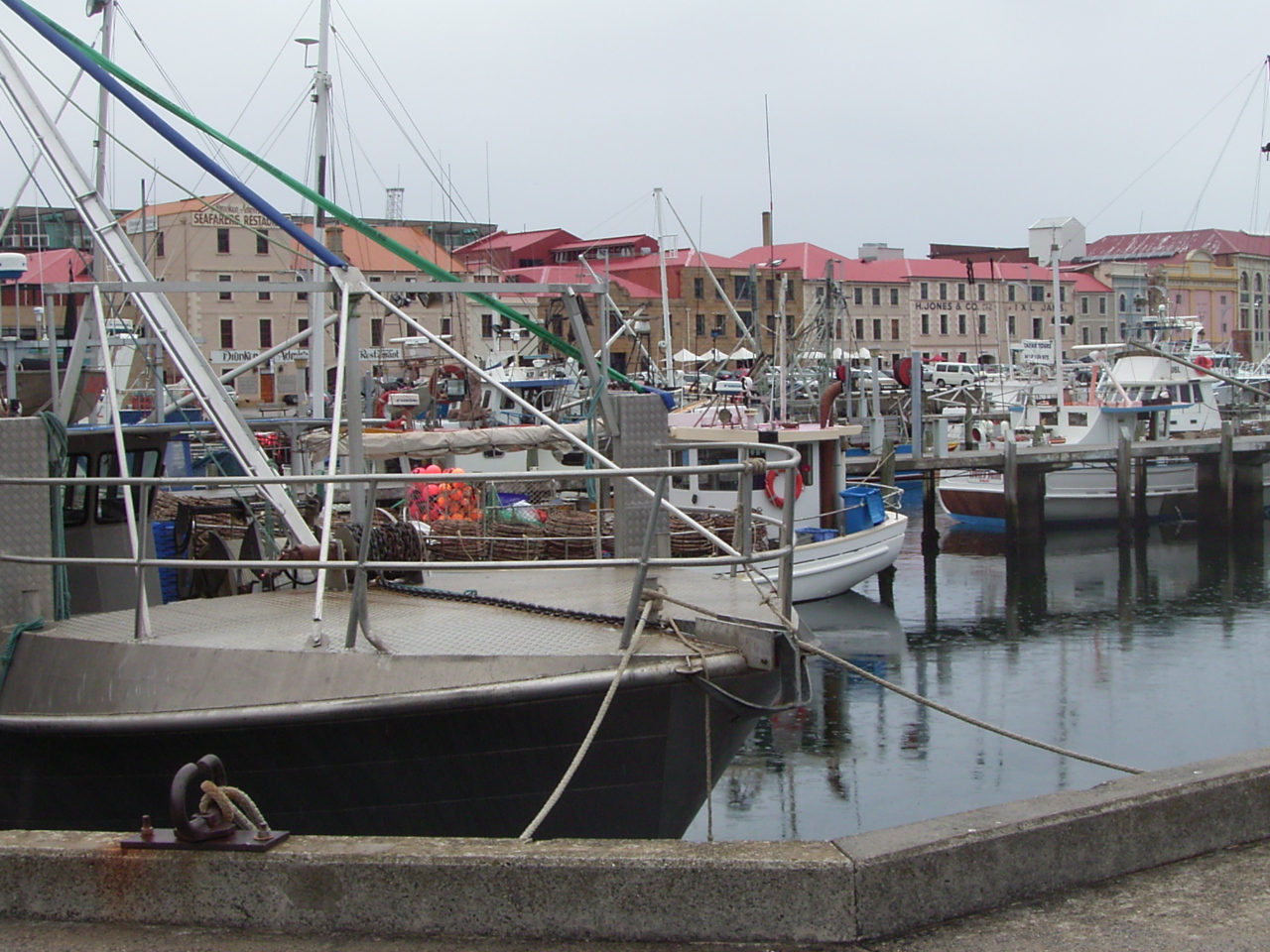 I can’t give too much context to the following images without getting spoilerish, but if you’ve read the series, these will hopefully all make sense.

My inspiration for the Sanctuary is a medieval monastery in the Piedmont region of Italy, called Sanctuario di Oropa. The layout I’ve created for the Rephaim’s Sanctuary is a little different from the real thing, but these images will give you an idea of the style and size of the place. 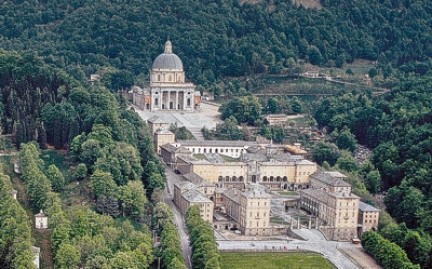 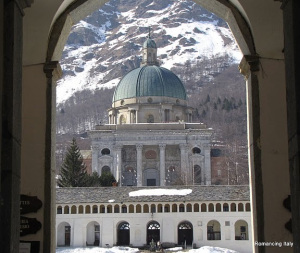 When Rafa is trying to convince Gaby he’s telling her the truth about her other life, he takes her to Patmos, a small Greek island. It’s not as famous as Santorini, Mykonos, Crete or Rhodes, but is still a stunning Mediterranean location. I liked the idea of Rafa and Jude having had a place in such a remote and unexpected location, where they occasionally went to escape the pressures of the Rephaim and Outcast worlds. 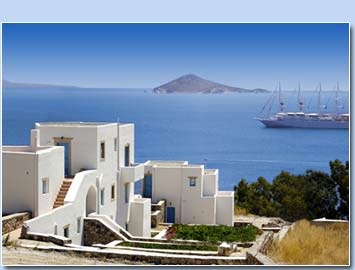 The church below is actually on Santorini, but it’s similar to the one Gaby sees out of her window from the cottage on Patmos in Haze. 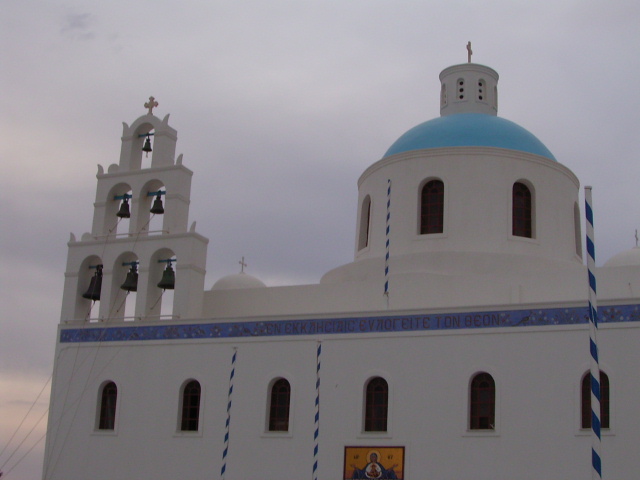 There’s a farmhouse with particular significance in Haze and Shimmer, and I wanted to set it in Iowa (something about a field of dead corn appealed to me). I haven’t been to Iowa, so I started googling ‘farmhouses in Iowa’. I found plenty of images of cute houses nestled in cornfields and then this image came up and completely changed the way I was approaching the setting. I could imagine this place in my story and how my characters could react to it. It’s as alien in its landscape as the fictitious family that spend time there. (And yes, this is an actual farmhouse in Iowa.) 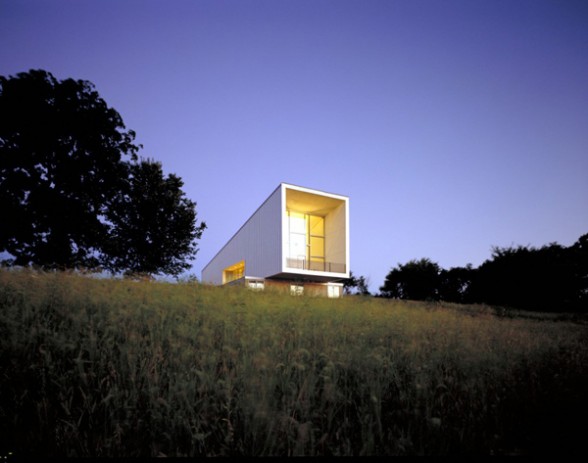 The nightclub in LA

I wanted the Outcasts to end up back at the club in Los Angeles mentioned in Shadows. The Outcasts have such a dark history with the place, it was perfect to send them back there at some point. I was trying to imagine what the back door to the club might look like. I did a few random Google searches and this was one of the images that came up. Straight away I loved the medieval look and the cage, and decided I wanted the back of my club to look like that. (In actual fact, I think it’s the front door for a place called Back Door Lounge in Sacramento). 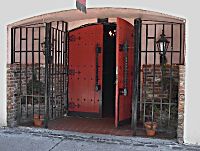 I chose a worker camp in Dubai as a ‘safe house’ location for the Outcasts so I could show the contrast between their lifestyle and that of the Sanctuary Rephaim back in Italy. My husband and I visited friends in Dubai a few years ago and they drove us around one of these camps. It was quite an eye-opener. This image isn’t one of mine, but it captures the look and feel of the camp Rafa and Gaby visit. (Image from Bloomberg). 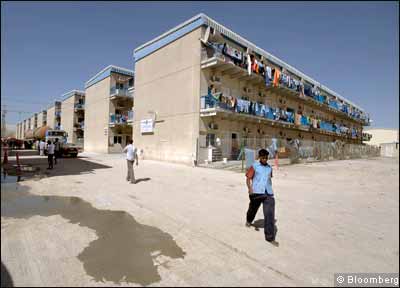 A trip to North America in 2013 influenced the settings for two important moments in Burn. The first, involving Gaby and Jude, takes place in Santa Monica. I decided to set the scene there after experiencing the marine layer (fog), which rolled in on our first morning and didn’t lift for two days! 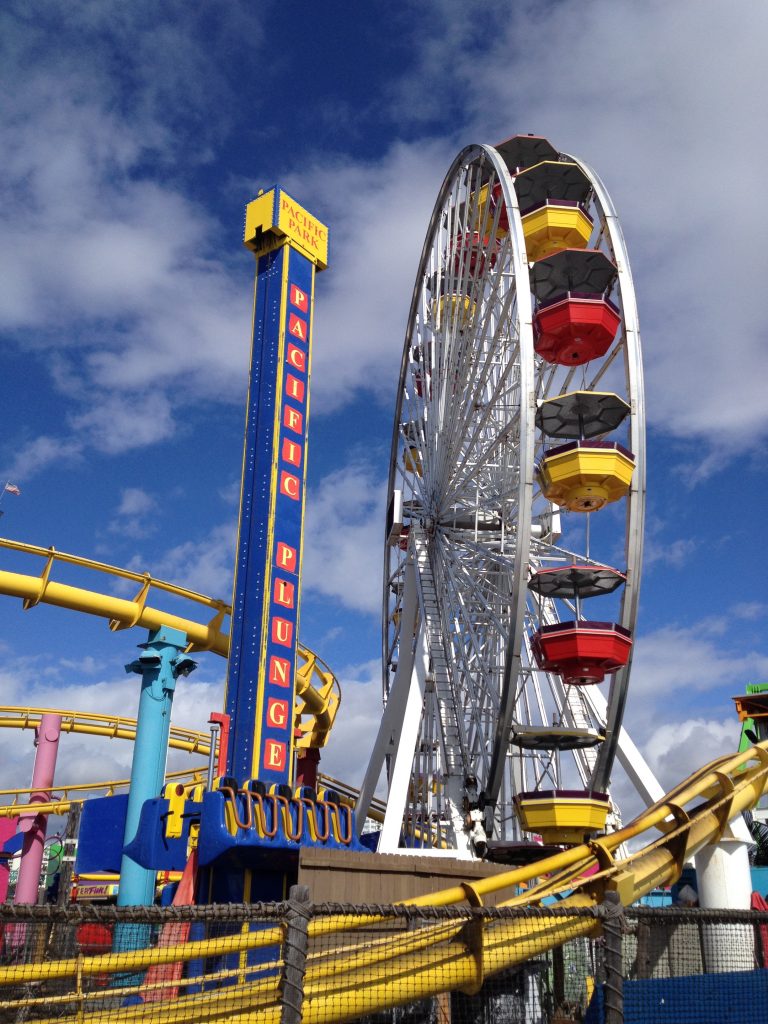 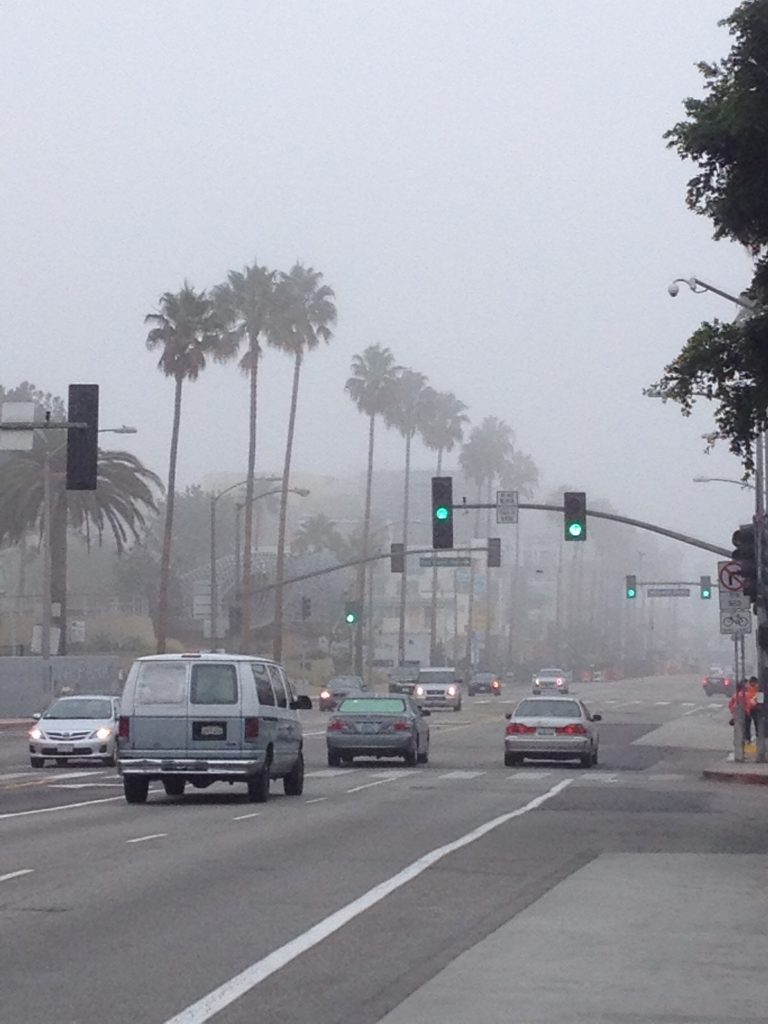 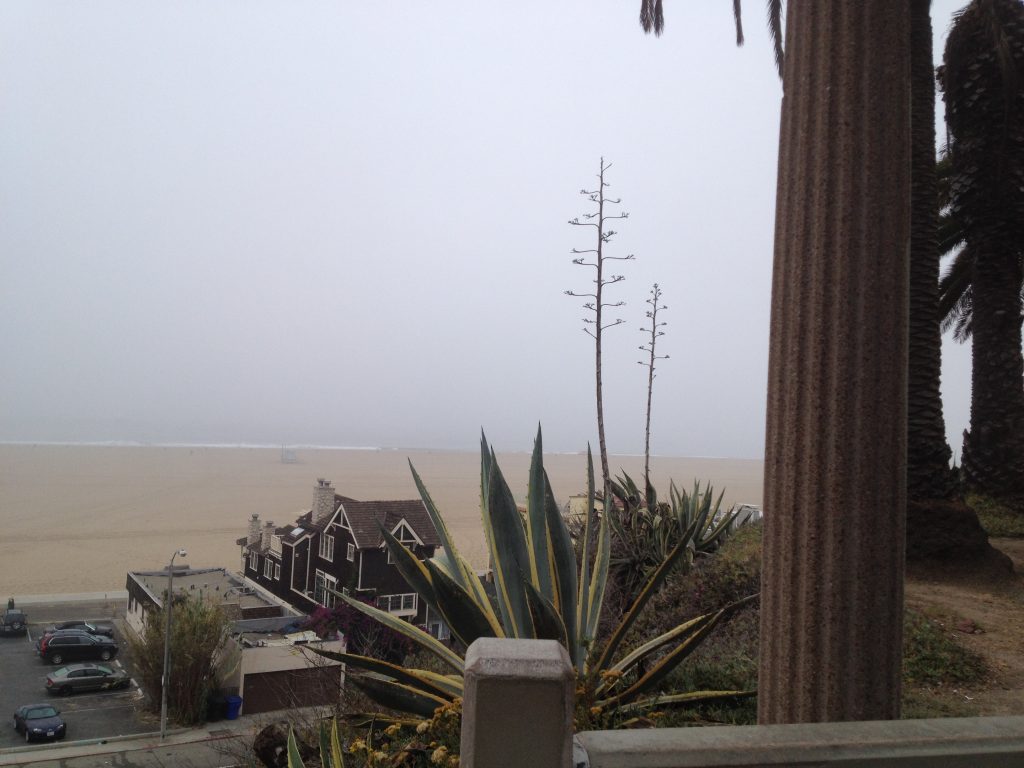 The second North American-inspired scene in Burn – also involving Gaby and Jude – is set in Boise. My husband and I visited this lovely city in October 2013 to stay with friends and we saw the full spectrum of autumn colours. Absolutely stunning. When I was trying to decide where to set this particular scene, it only took a quick look through my photos to realise this place was perfect. 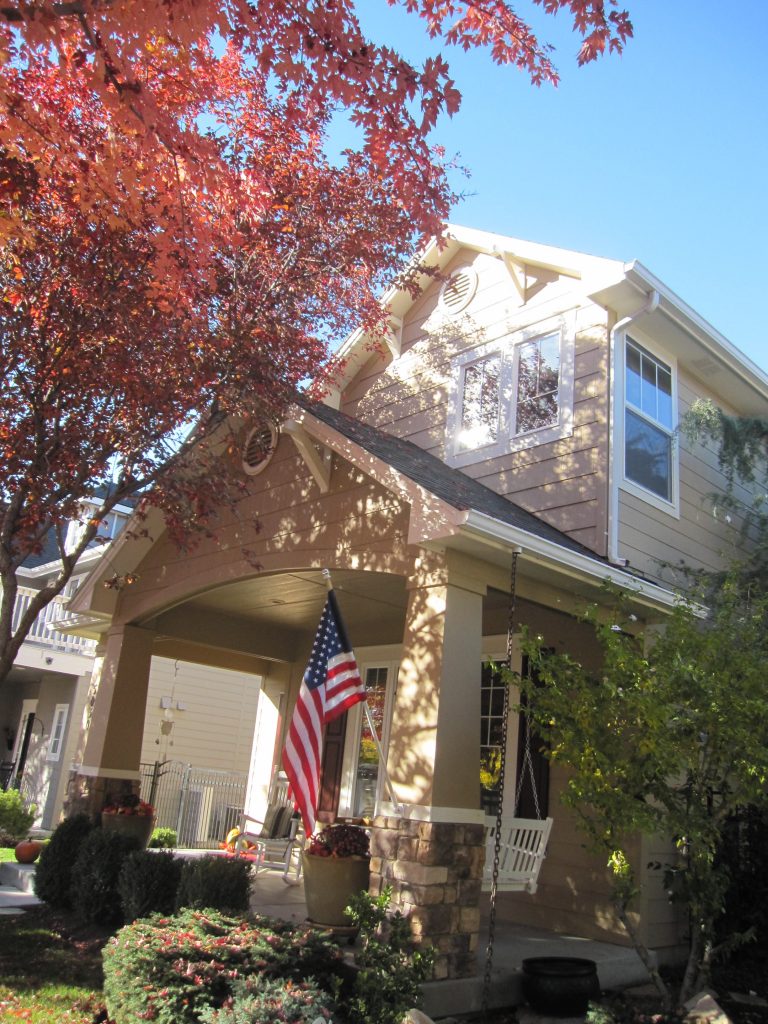 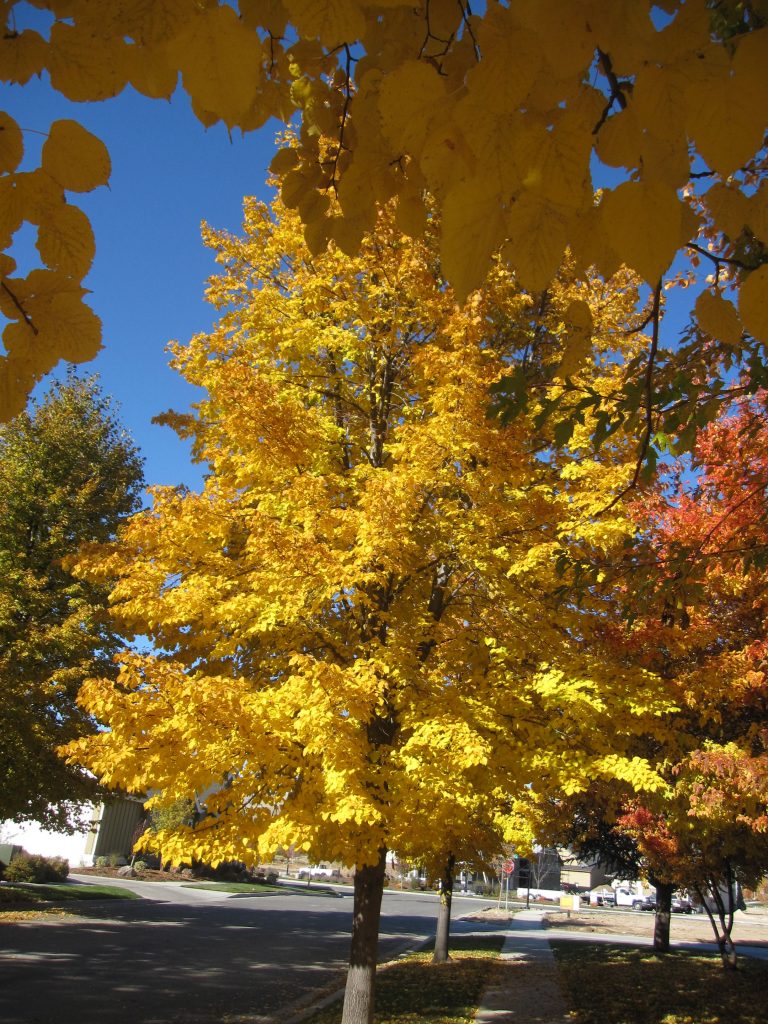 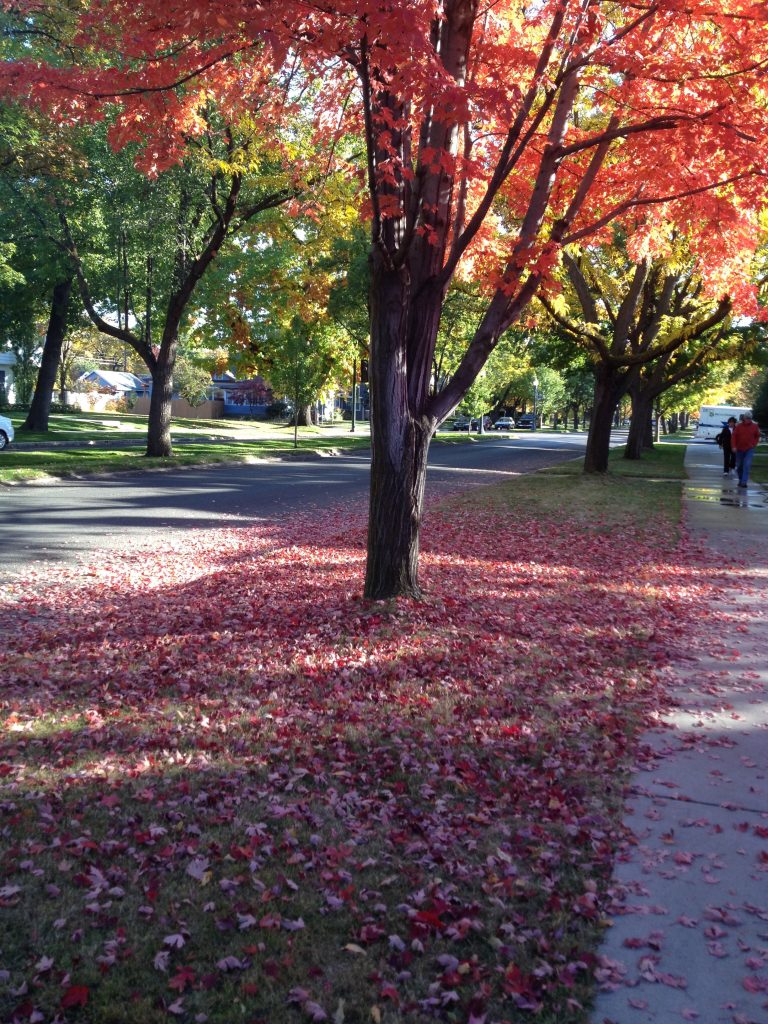 Most images here are mine, but others are sourced from Travel 4 Kids, Backpackers Guide to Australia, Vacation Greece Network, Romancing Italy, and Super Eva.